My colleague Rick Wicklin maintains a nifty chart that shows the timeline of SAS releases since Version 8. A few of you asked if I could post a similar chart for SAS Enterprise Guide. Here it is. Like Rick, I used new features in SAS 9.4 to produce this chart (in fact, I cribbed heavily from his code)...but I used SAS Enterprise Guide to run the program.

Update 25Aug2020: I've updated the graph and code in this post for the most recent versions of SAS Enterprise Guide and SAS. I also gave the chart a branding facelift, switching to the light-on-dark theme named "Raven". It's a personal preference influenced by today's trends -- but it's not economical on printer ink if you decide you want a hard copy. 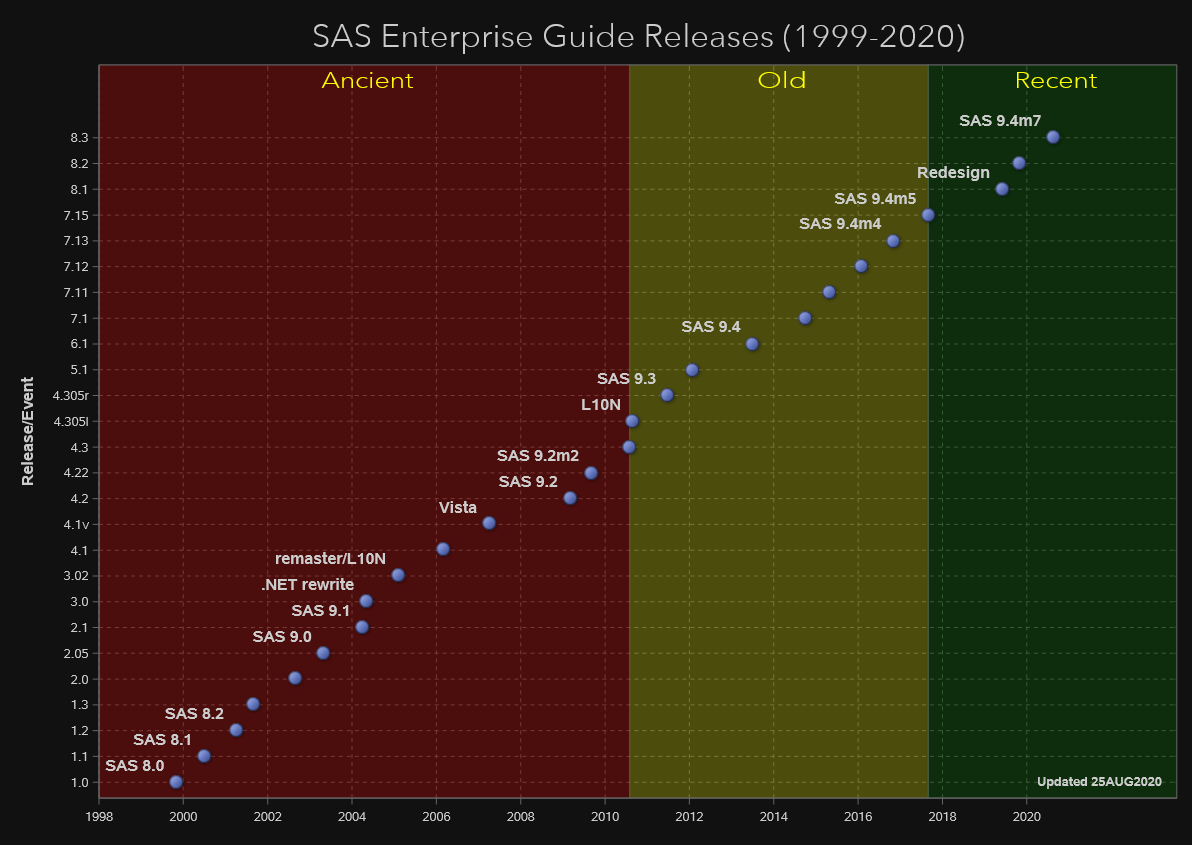 You might notice that my chart is a bit busier than Rick's version. As a desktop client application that works across multiple SAS versions, we tend to issue major releases of SAS Enterprise Guide more often than we update the core engine of SAS software.

On my chart, the labels on the data points indicate the "event" that motivated the release. In some cases, we issued a new release to go with a new version of SAS (such as v1.2 with SAS 8.2). In other cases, we "remastered" a version to support more languages or another operating system (such as Microsoft Vista support with v4.1 in 2007, or the L10N release of v4.3 in 2010).

You might also notice that some of these releases happened very close together. Often, SAS R&D works on updates to multiple releases in parallel. Developers make changes to multiple versions to provide maintenance and hotfix changes (based on customer needs), while still contributing to the Next Big Version that will contain the compelling new features (based on customer wishes).

Here's the code that produced the chart:

The post Through the years: SAS Enterprise Guide versions appeared first on The SAS Dummy.