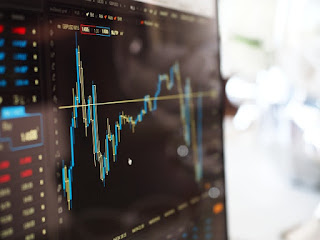 How an algorithmic pricing engine works

The overall infrastructure may include three parts. 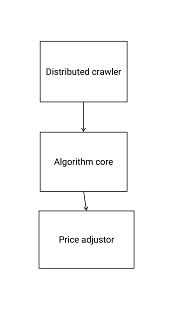 Amazon most time allows a crawler running 1 QPS/IP. But all the data centers and all ASINs from the seller and his competitors have to be closely watched. So a distributed approach will be safer. The response time will be crucial to decide which one is the winner within the game. In a common chasing diagram below, clearly Seller 1 has the upper hand and Seller 2 is losing the group, since the crawler from Seller 1 is faster. 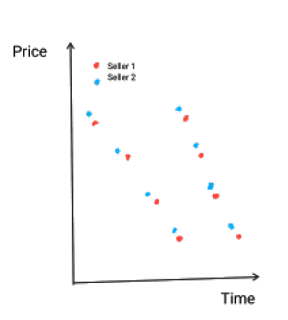 The embedded algorithm will have two purposes

The computed price will enter Amazon and become effective. Amazon will rank lower for the sellers whom he thinks doing algorithmic pricing. Sometimes Amazon even bans the seller. So don’t let Amazon to find that a computer is manipulating its APIs. To emulate human’s behavior on a browser, the two options are phantom.js and headless Chrome.

The role of Redis

Redis is a in-memory data store, which supports persistence and sharding. The first usage for this algorithmic pricing engine is that it can be used as a centralized task scheduler for the crawlers. Besides that, some other interesting fields in algorithmic pricing could be explored and utilized with Redis.

Redis as a cache has support for TTL(time to live). With the accumulation of the data, the competitors’ price changing time could be predicted. In the publisher-subscriber model, each time the predicted duration for next price changing can be inputted as an expiring key with TTL. Once the key expires, the publisher dispatches a crawling task and makes the price adjustment. The good thing for this approach is that the crawlers don’t need to tap a single web page from Amazon every second that brings the risk of being banned.

The synchronization mechanism across the data centers costs time sometimes hours. That is the reason why we see different prices at different IPs of Amazon at the same time. People will also have different purchasing behavior pattern at different time. Since a seller has the option to change price at a specified data center with IP instead of domain name, it will be an interesting topic to utilize the cool down time for the price to spread to the overall network and make a hedging. Redis’ capacity to keep all prices as hashes in memory will be helpful to spot those valuable occasions. 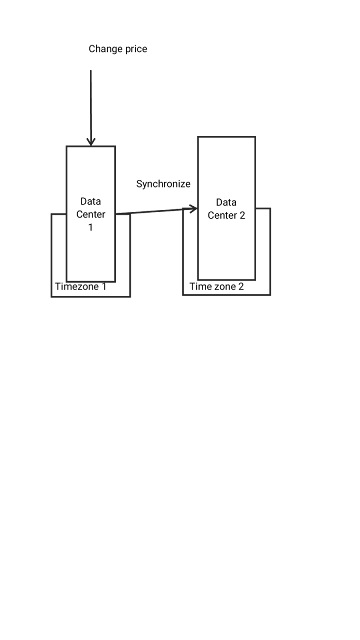