With the fifth maintenance release of SAS 9.4 (SAS 9.4M5) now available, it seems like a good time to get a refresher on some of the ways you can upgrade your existing SAS deployments to the latest release. Among several benefits, SAS 9.4M5 provides closer integration with the CAS in-memory runtime engine in SAS Viya so it’s something you might want to consider.

There are three ways you can upgrade a SAS Deployment, they are illustrated in the diagram below. Let’s take a look at each one: 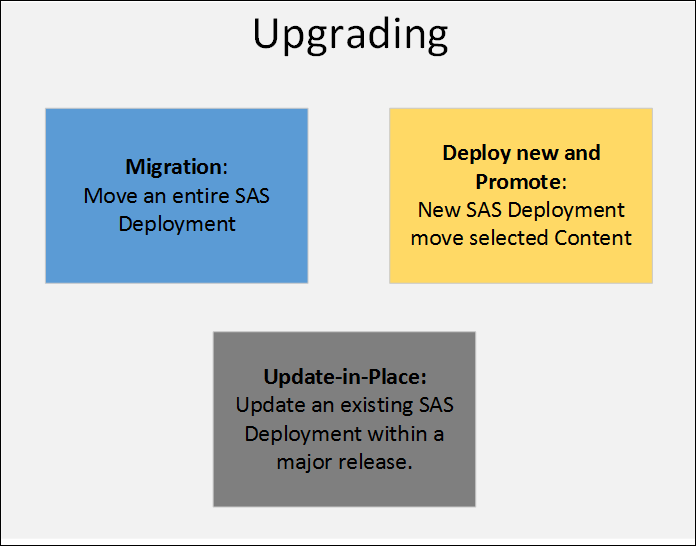 Promotion is a related concept to migration; promotion is the process of copying selected metadata and associated content within or between SAS Deployments. To upgrade using promotion, create a new out-of-the-box SAS deployment and use the export/import functionality to move the content from the old deployment. The promotion framework is designed to allow you to selectively move content from one deployment to another. Depending on the release of your source deployment there are limits to the content that can be exported using promotion; however, this option offers the most flexibility in changing the deployed topology, operating system and transitioning in stages.

Considerations when Deciding on an Approach

I would encourage you to consider your target SAS 9.4 deployment as a new house.

Using automated migration you would move the house. Take the whole house off its current foundation. Move the house, contents and all, to a new foundation. 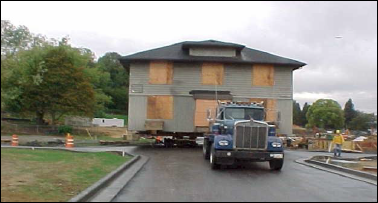 Using deploy new and promote you can selectively move the content of your house to a whole new house. You can leave your junk behind. Your new house: 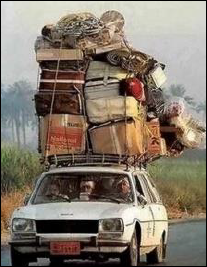 No matter how hard you try you cannot move all content. 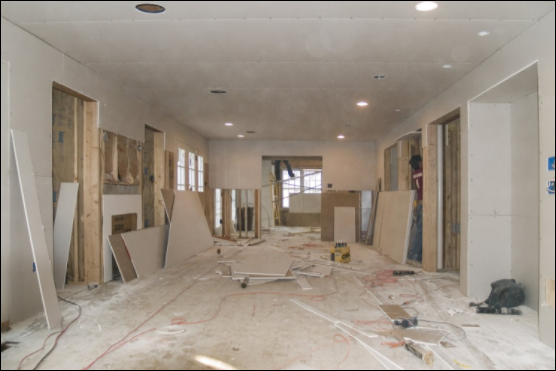 You can find the documentation on upgrading in a variety of places.

A review of the options available for upgrading a SAS 9 deployment was published on SAS Users.