Have you heard?  The ODS Destination for PowerPoint Has a New Option

It’s true.  The ODS destination for PowerPoint now has the STARTPAGE= option, which provides you with greater control and flexibility when creating presentations.

Added to the ODS POWERPOINT statement in SAS® 9.4TS1M4, the STARTPAGE= option enables you to force the creation of a new slide between procedures and between ODS layout containers.  Inserting a slide break between layout containers is one of the most impactful ways that you can use this option.

Shown below are four procedures placed within three layout containers.

Let’s look at the default behavior.  In this example, the STARTPAGE= option is not used.

Here is the resulting slide output: 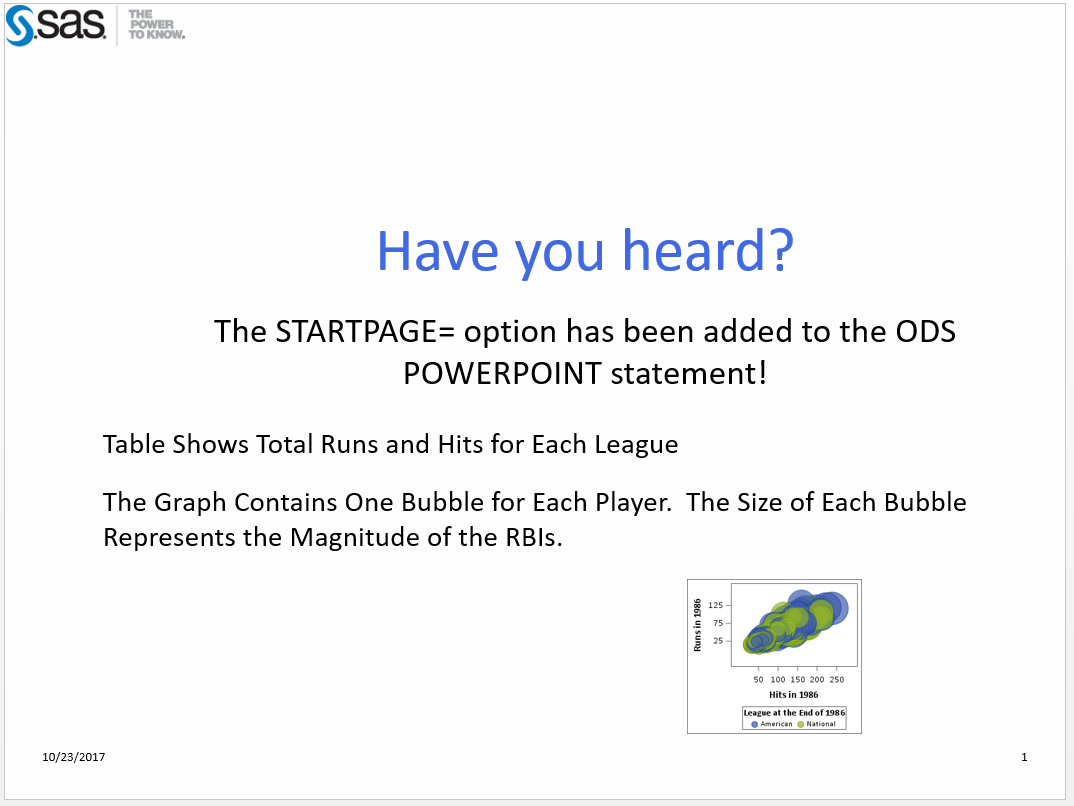 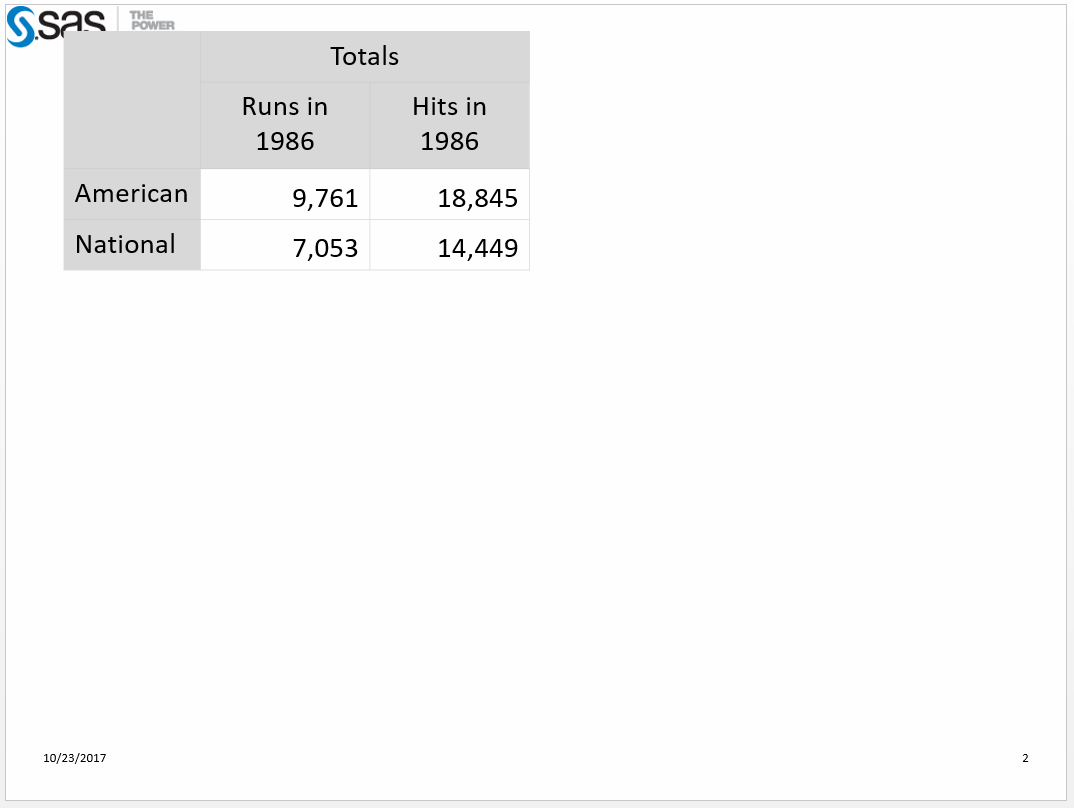 Those results are not what we hoped they would be.  The output from the second PROC ODSTEXT step, which is to provide information about the table and graph, is on the first slide.  So is the graph!!!  And the graph does not look good because it is the wrong size.  The table is by itself on the second slide.  This is not the desired output at all.

Here Is Where STARTPAGE= Helps!

In this example, an ODS POWERPOINT statement with the STARTPAGE= option is added.  It is placed after the ODS LAYOUT END statement for the first container. 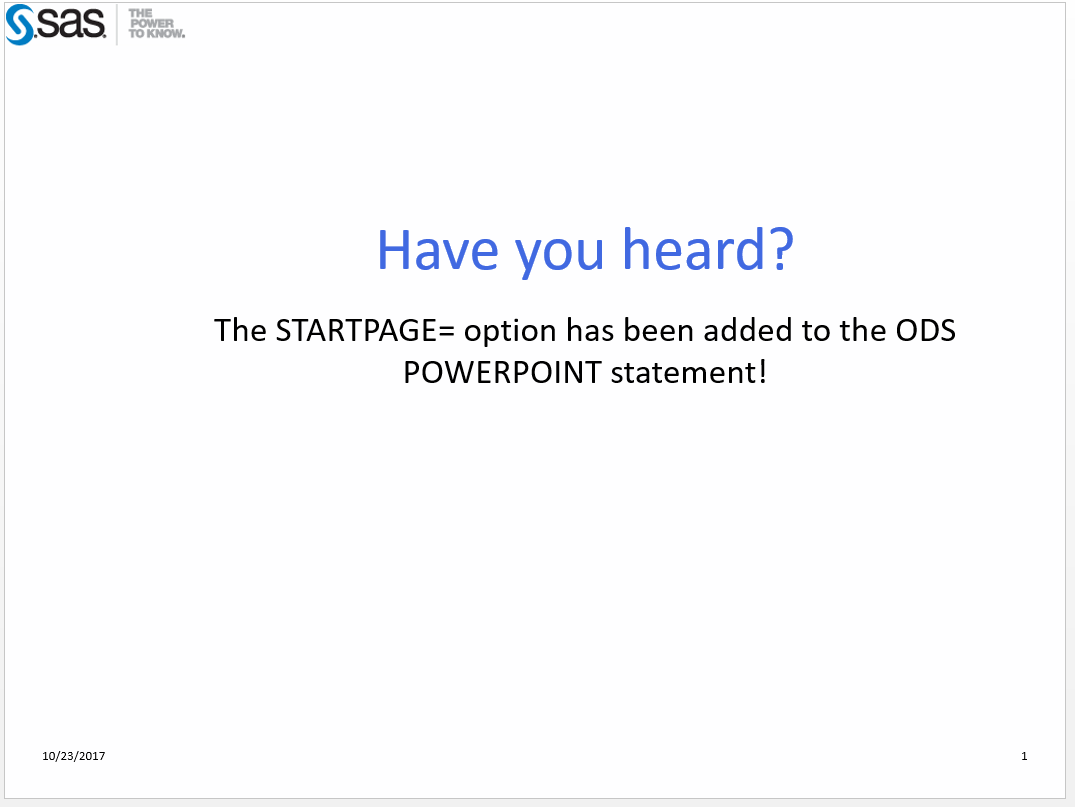 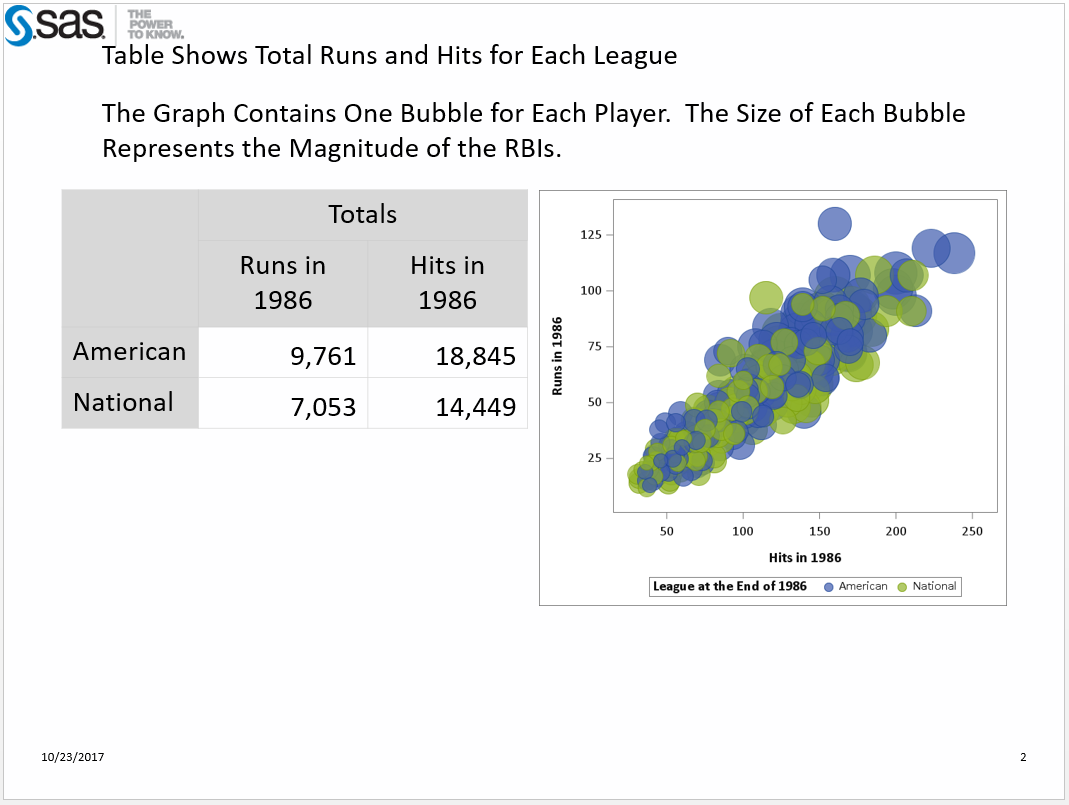 The most important thing to know about using the STARTPAGE= option with layout containers is that it has to be placed between containers.  It cannot be placed within a container.  So you cannot put the statement between the ODS LAYOUT GRIDDED and ODS LAYOUT END statements.

The ODS Destination for PowerPoint Has a New Option was published on SAS Users.