Let’s start at the beginning. The “NFS” in DNFS stands for “Network File System” and refers to the ability to share files across a network. As the picture below illustrates, a network file system lets numerous remote hosts access another host’s files. 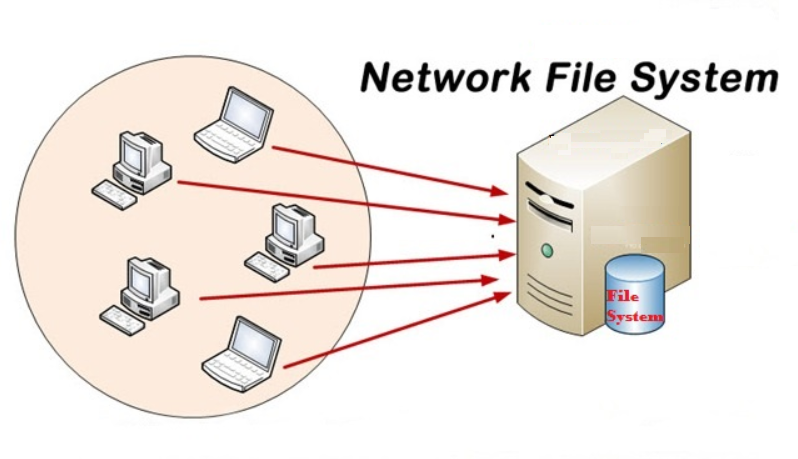 There are numerous network file system protocols that can be used for file sharing – e.g. CIFS, Ceph, Lustre – but the most common on Linux is NFS. While NFS is the dominant file-sharing protocol, the “NFS” part of the DNFS does not correspond to the NFS protocol. Currently all the DNFS supported file systems are based on NFS, but DNFS may support file systems based on other protocols in the future. So, it’s best to think of the “NFS” part of “DNFS” as a generic “network file system” (clustered file system) and not the specific NFS protocol. 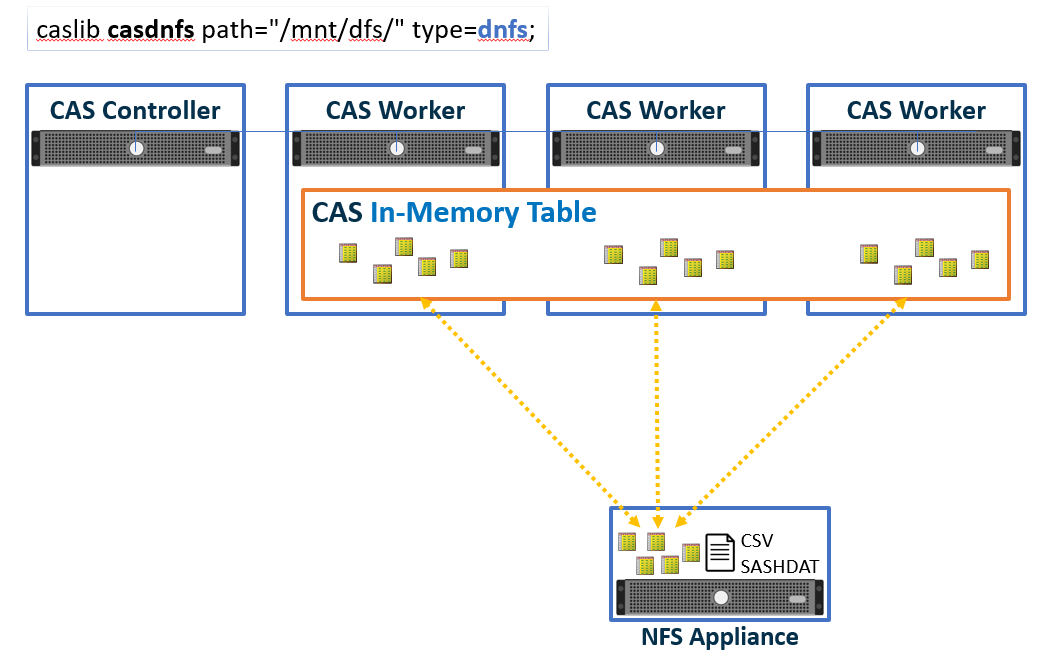 Not only can CAS perform multi-machine parallel I/O from network file systems, it can also memory-map NFS SASHDAT files directly into CAS. Thus, SASHDAT files on DNFS act as both the CASlib data source as well as the virtual memory “backing store,” often negating the need for CAS to utilize memory mapping (mmap()).

Note 1: Data transformations on load, such as row filtering and field selection, as well as encryption can trigger CAS_DISK_CACHE usage. Since the data must be transformed (subset and/or decrypted), CAS copies the transformed data into CAS_DISK_CACHE to support CAS processing.

Note 2: It is possible to use DNFS atop an encrypting file system or hardware storage device. Here, the HDAT blocks are stored encrypted but transmitted to the CAS I/O layer decrypted. Assuming no other transformations, CAS_DISK_CACHE will not be used in this scenario. 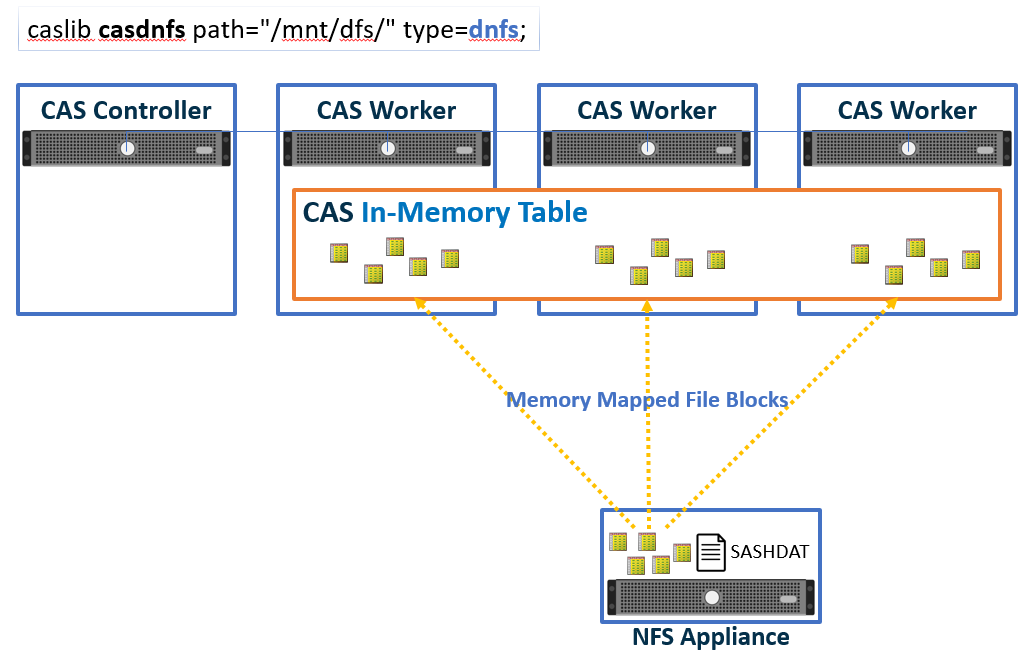 DNFS-based CAS loading will only be as fast as the slowest component involved. The chosen NFS architecture (hardware and CAS connectivity) should support I/O throughput commensurate with the CAS installation and in-line with the implementation’s service level agreements. So, while NetApp ONTAP clustering architecture. A different file system technology might look a little different but the same basic ideas will apply. 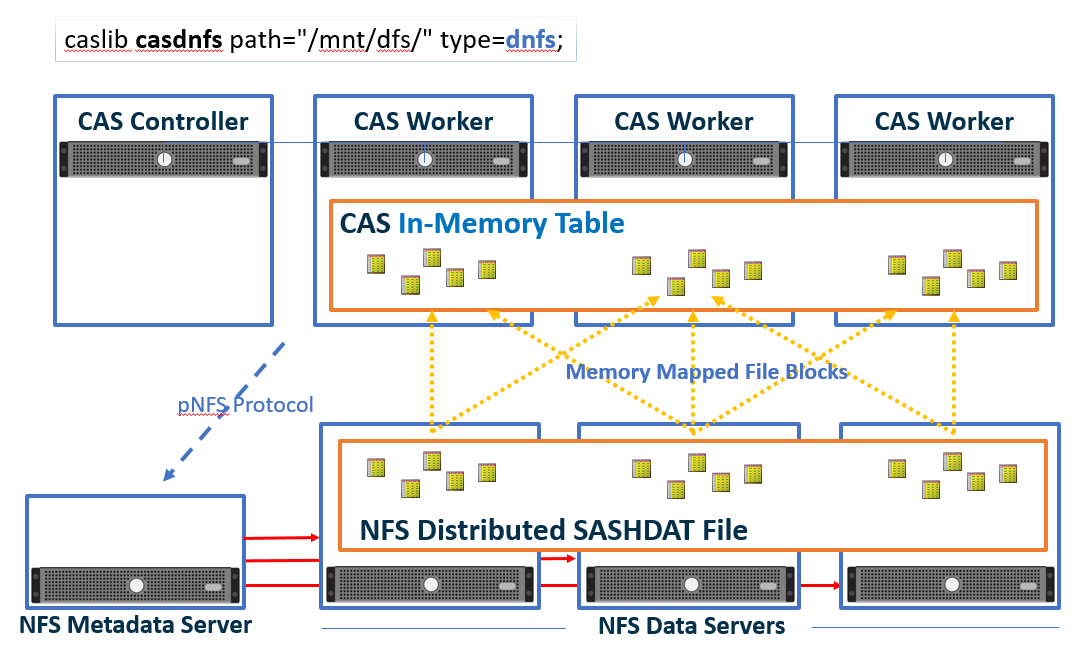 As described earlier, CAS manages the parallel I/O operations. Requests from CAS are sent to the appliance and handled by the NFS metadata server. The storage device implementing the NFS protocol points CAS DNFS to the proper file and block locations on the NFS data servers which pass the data to the CAS worker nodes directly.