The SAS/IML language and the MATLAB language are similar. Both provide a natural syntax for performing high-level computations on vectors and matrices, including basic linear algebra subroutines. Sometimes a SAS programmer will convert an algorithm from MATLAB into SAS/IML. Because the languages are not identical, I am sometimes asked, "what is the SAS/IML function that is equivalent to the XYZ function in MATLAB?" One function I am often asked about is the linspace function in MATLAB, which generates a row vector of n evenly spaced points in a closed interval. Although I have written about how to generate evenly spaced points in SAS/IML (and in the DATA step, too!), the name of the SAS/IML function that performs this operation (the DO function) is not very descriptive. Understandably, someone who browses the documentation might pass by the DO function without realizing that it is the function that generates a linearly spaced vector. This article shows how to construct a SAS/IML function that is equivalent to the MATLAB linspace function. 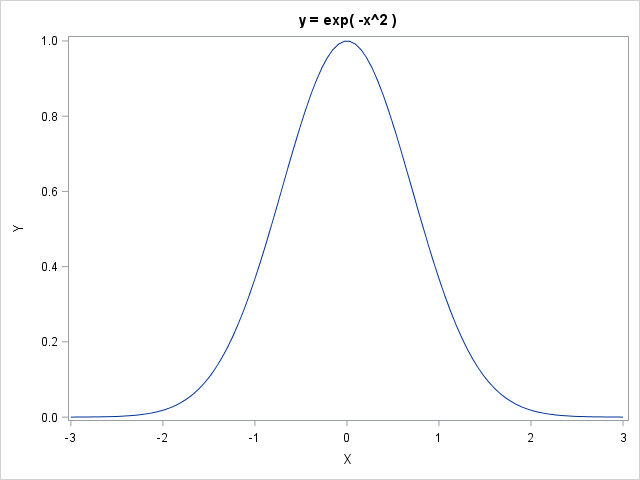 A consequence of this fact is that you should avoid testing floating-point values for equality. For example, if you generate evenly spaced points in the interval [-1, 1] with a step size of 0.2, do not expect that 0.0 is one of the points that are generated, as shown by the following statements:

When you query for all values for which z = int(z), only the values -1 and +1 are found. If you print out the values in the vector, you'll see that the middle value is an extremely tiny but nonzero value (-5.55e=17). This is not a bug but is a consequence of the fact that 0.2 is represented as a repeating value in binary.

So how can you find the points in a vector that "should be" integers (in exact arithmetic) but might be slightly different than an integer in floating-point arithmetic? The standard approach is to choose a small distance (such as 1e-12 or 1e-14) and look for floating-point numbers that are within that distance from an integer. In SAS, you can use the ROUND function or check the absolute value of the difference, as follows:

In summary, this article shows how to define a SAS/IML function that is equivalent to the MATLAB linspace function. It also reminds us that some finite decimal values (such as 0.1 and 0.2) do not have finite binary representations. When these values are used to generate an arithmetic sequence, the resulting vector of values might be different from what you expect. A wise practice is to never test a floating-point value for equality, but instead to test whether a floating-point value is within a small distance from a target value.

The post Linearly spaced vectors in SAS appeared first on The DO Loop.