One of the great things about programming with SAS® software is that there are many ways to accomplish the same task. And, since SAS often adds new features that can make a task easier, it's important to stay informed.

This blog shows a few samples of graphs and explains how you can use new functionality to make the old graphs look new again. Over the past several releases, SAS has added more options and procedures for ODS Graphics. While your tried-and-true SAS/GRAPH programs still work, ODS Graphics can create modern-looking graphs with less code, while providing more output options. And, ODS Graphics is part of Base SAS, which means that all of these techniques work in SAS University Edition.

Note: All the graphs in this blog are created using the fifth maintenance release of SAS® 9.4M5 (TS1M5). Not all options are available in prior releases of SAS.

Adding special symbols on a graph

The following graph is created with the DATA Step Graphics Interface (DSGI), which draws the horizontal bars and airplanes as well as places the text. 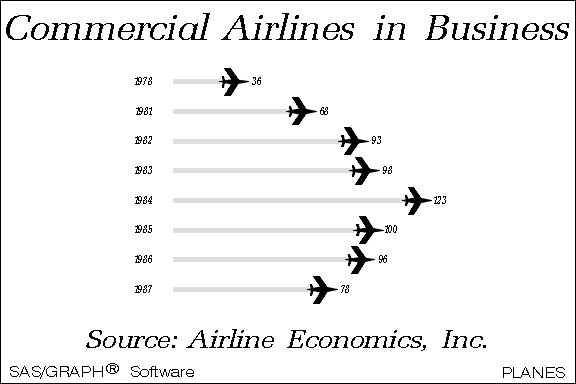 However, the DSGI is not supported in releases after SAS® 9.3. In SAS 9.4 and later, you can create a similar graph using the SYMBOLCHAR statement in the SGPLOT procedure. Using this statement in PROC SGPLOT references the hexadecimal value for the airplane symbol, as shown below: 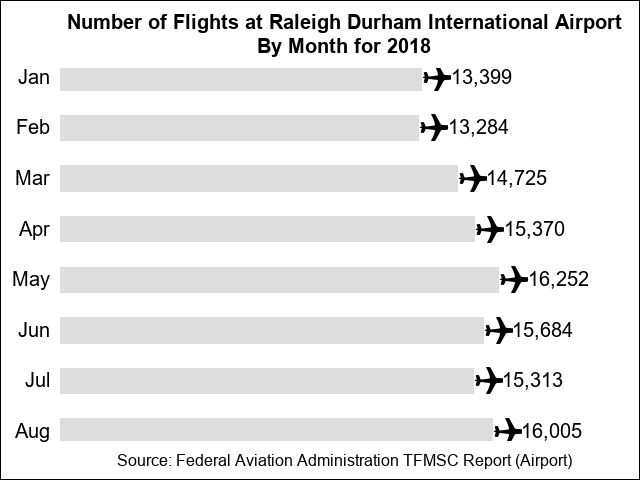 To create this graph with PROC SGPLOT, submit the following code:

The next example graphs show the results for a fictitious ice-cream flavor survey. Because not all the ice cream flavors are present in each survey group, macro code is used to conditionally define the PATTERN statements based on the values in the data.

You can achieve the same more easily by using attribute maps in PROC SGPLOT to associate the attributes, such as color, with data values so that the same color is always associated with the same data value. The following graph, which is similar to the one above, is created using this method:

To create this graph, submit the following code:

The following graph shows two plots that are created by using PROC GPLOT with a BY statement. The graphs are then paneled side-by-side with the GREPLAY procedure. 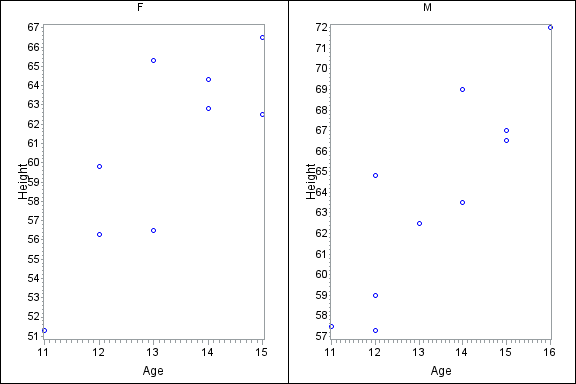 You can use the SGPANEL procedure to create the same plots in side-by-side panels. The benefit to this method is that you need only one procedure both to create the plots and to panel them, as shown below: 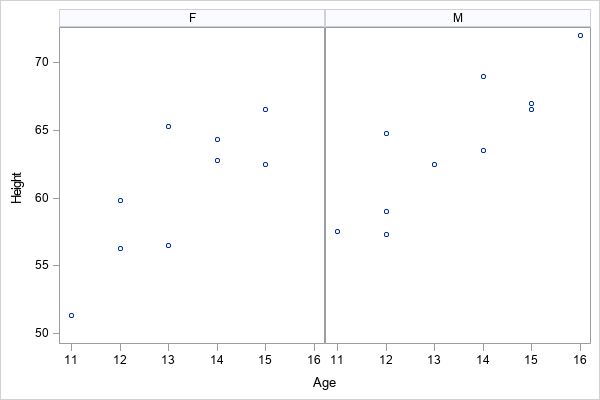 To create these paneled plots, submit the following code:

Placing symbols and labels on a map

The next graph uses the Annotate facility with the SAS/GRAPH GMAP and GPROJECT procedures to place a symbol and city name at the location of select cities in North Carolina. 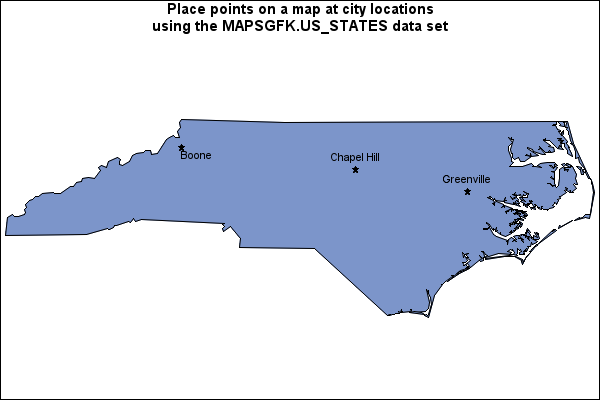 Beginning with the fifth maintenance release of SAS 9.4M5 (TS1M5) in 64-bit Windows and 64-bit Linux operating environments, you can use the SGMAP procedure to create such maps. Using this method, you can create maps that show much more detail.

You can use PROC SGMAP with the OPENSTREETMAP, SCATTER, and TEXT statements to create a similar graph, as shown below: 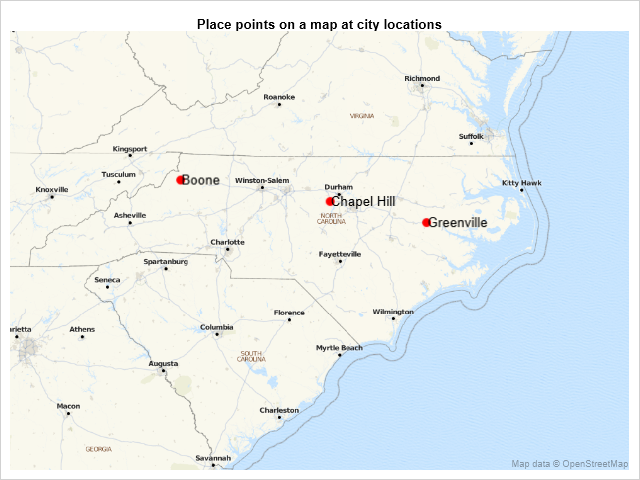 To create this map, submit the following code:

Because the OPENSTREETMAP statement is used in PROC SGMAP, more detail (for example, cities and roads) is included in the map.

The DUMMY data set adds coordinates to the points that are plotted to modify the display area of the map.

For more information about controlling the display area of the map, see the article How to Control Map Display Area with PROC SGMAP.

For more information about PROC SGMAP, see the SGMAP Procedure chapter in SAS/GRAPH® and Base SAS® 9.4: Mapping Reference.

Many of these features have been covered in more depth within other blog articles. Visit these articles to learn more!
• Examples of adding special symbols in your charts using the SYMBOLCHAR statement
• Using the new SGMAP procedure to create maps in Base SAS
• Adding data-driven features to your charts with ATTRS options
• Controlling your graph appearance with DATASKIN and FILLTYPE options

Making great graphs even better with ODS Graphics was published on SAS Users.