When a graph includes several markers or line styles, it is often useful to create a legend that explains the relationship between the data and the symbols, color, and line styles in the graph. The SGPLOT procedure does a good job of automatically creating and placing a legend for most graphs. However, sometimes it is useful to override the procedure's default choices. This article describes five tips that you can use to customize the content and placement of legends. The tips are:

By default, the SGPLOT procedure displays a legend when there are multiple plots that are overlaid in the graph. This can be caused by multiple statements or by using the GROUP= option on a statement. If the information in the default legend is redundant, and you might want to suppress it. For example, the following legend is unnecessary because the title explains the data and the regression line. You can uncomment the NOAUTOLEGEND option to suppress the legend. 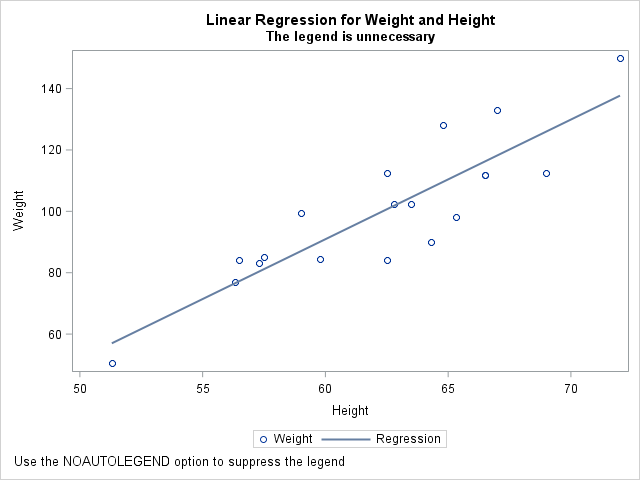 2. Choose which components appear in the legend 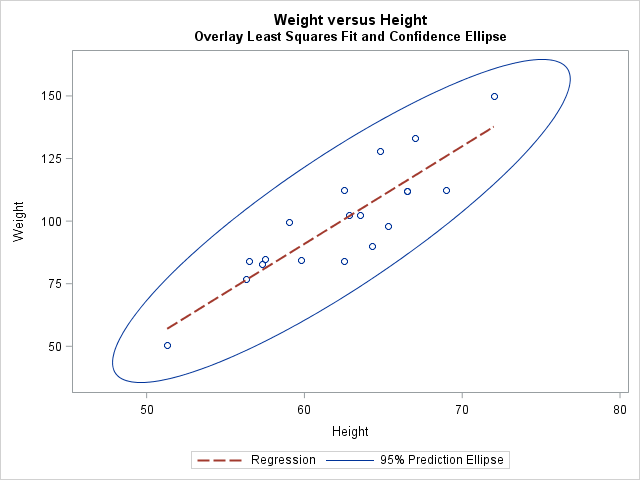 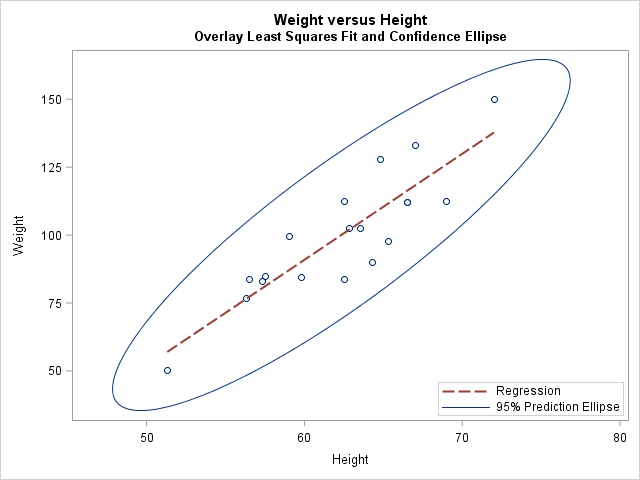 4. Exclude items from a legend

When you use the GROUP= option to display groups, you might want to exclude some of the group categories from the legend. The KEYLEGEND statement supports the EXCLUDE= option that you can use to exclude certain items. Three situations come to mind: 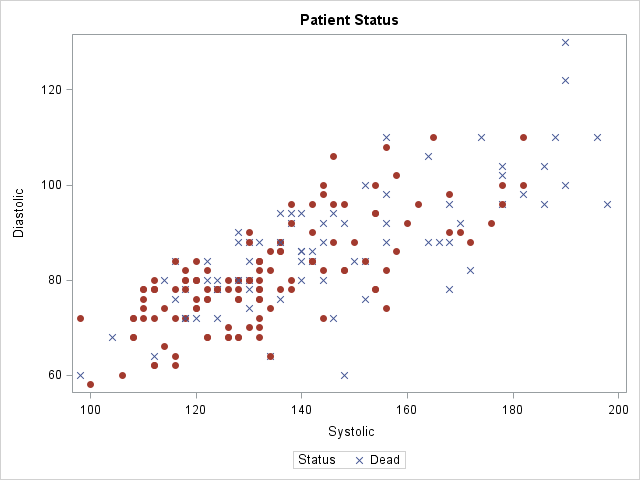 5. Customize items in a legend

The previous section shows how to exclude one or more levels in a categorical variable that is specified on the GROUP= option. You also might want to customize the items that appear in the legend in order to combine, for example, marker and line attributes. A situation where this comes up is when you want to overlay a group of curves on a scatter plot.

The LEGENDITEM statement (supported in SAS 9.4M5) enables you to specify what combination of markers and line patterns you want to appear for every item in a legend. It is a "super customization" statement that gives you complete control over the legend items.

The following statements show how to use the LEGENDITEM statement to create a customized legend. By default, if you use the REG statement with the GROUP= option, the legend will show only the colors and line patterns for the regression lines. In the following example, I have used the ATTRPRIORITY=NONE option to force the marker symbols to differ between groups. I want the legend to show not only the colors and patterns of the regression lines but also the marker symbols for each group: 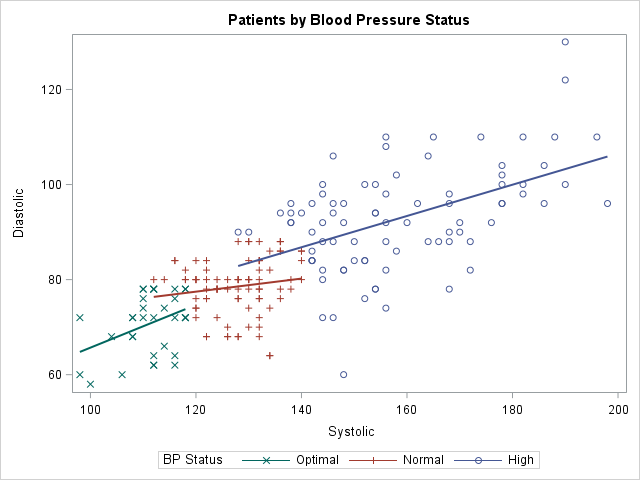 In summary, PROC SGPLOT in SAS supports several ways to create, suppress, position, and customize the items in a legend. Do you have a favorite way to customize a legend in PROC SGPLOT? Leave a comment!

The post 5 tips for customizing legends in PROC SGPLOT in SAS appeared first on The DO Loop.