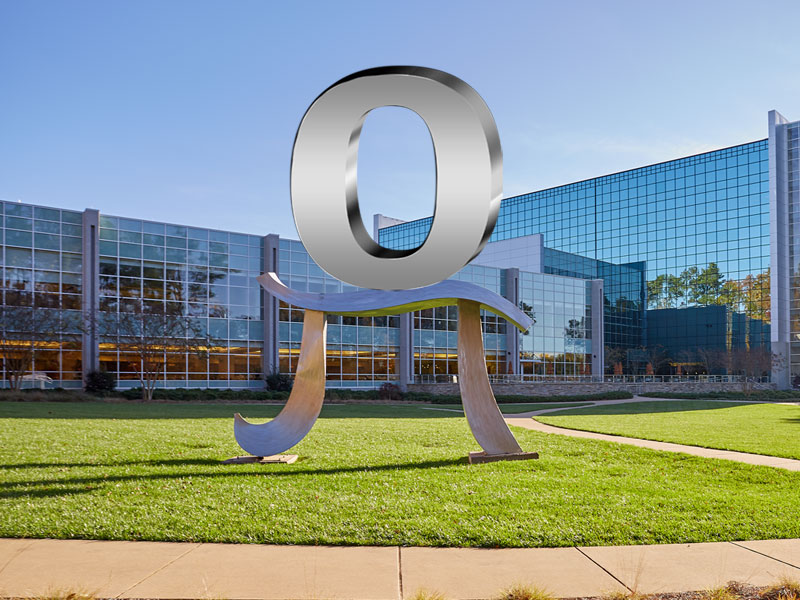 Whether you are a strong believer in the power of dividing by zero, agnostic, undecided, a supporter, denier or anything in between and beyond, this blog post will bring all to a common denominator.

For how many years have you been told that you cannot divide by zero, that dividing by zero is not possible, not allowed, prohibited? Let me guess: it’s your age minus 7 (± 2).

But have you ever been bothered by that unfair restriction? Think about it: all other numbers get to be divisors. All of them, including positive, negative, rational, even irrational and imaginary. Why such an injustice and inequality before the Law of Math?

We have our favorites like π, and prime members (I mean numbers), but zero is the bottom of the barrel, the lowest of the low, a pariah, an outcast, an untouchable when it comes to dividing by. It does not even have a sign in front of it. Well, it’s legal to have, but it’s meaningless.

And that’s not all. Besides not being allowed in a denominator, zeros are literally discriminated against beyond belief. How else could you characterize the fact that zeros are declared as pathological liars as their innocent value is equated to FALSE in logical expressions, while all other more privileged numbers represent TRUE, even the negative and irrational ones!

Despite their literal zero value, their informational value and qualities are not less than, and in many cases significantly surpass those of their siblings. In a sense, zero is a proverbial center of the universe, as all the other numbers dislocated around it as planets around the sun. It is not coincidental that zeros are denoted as circles, which makes them forerunners and likely ancestors of the glorified π.

Speaking of π, what is all the buzz around it? It’s irrational. It’s inferior to 0: it takes 2 π’s to just draw a single zero (remember O=2πR?). Besides, zeros are not just well rounded, they are perfectly rounded.

Privacy protection experts and GDPR enthusiasts love zeros. While other small numbers are required to be suppressed in published demographical reports, zeros may be shown prominently and proudly as they disclose no one’s personally identifiable information (PII).

No number rivals zero. Zeros are perfect numerators and equalizers. If you divide zero by any non-zero member of the digital community, the result will always be zero. Always, regardless of the status of that member. And yes, zeros are perfect common denominators, despite being prohibited from that role for centuries.

Zeros are the most digitally neutral and infinitely tolerant creatures. What other number has tolerated for so long such abuse and discrimination!

Can you imagine what new opportunities will arise if we break that centuries-old tradition and allow dividing by zero? What new horizons will open! What new breakthroughs and discoveries can be made!

With no more prejudice and prohibition of the division by zero, we can prove virtually anything we wish. For example, here is a short 5-step mathematical proof of “4=5”:

Let’s make the next logical step. If dividing by zero can make any wish a reality, then producing a number of our choosing by dividing a given number by zero scientifically proves that division by zero is not only legitimate, but also feasible and practical.

As you will see below, division by zero is not that easy, but with the power of SAS, the power to know and the powers of curiosity, imagination and perseverance nothing is impossible.

Consider the following use case. Say you think of a “secret” number, write it on a piece of paper and put in a “secret” box. Now, you take any number and divide it by zero. If the produced result – the quotient – is equal to your secret number, wouldn’t it effectively demonstrate the practicality and magic power of dividing by zero?

Here is how you can do it in SAS. A relatively “simple”, yet powerful SAS macro %DIV_BY_0 takes a single number as a numerator parameter, divides it by zero and returns the result equal to the one that is “hidden” in your “secret” box. It is the ultimate, pure artificial intelligence, beyond your wildest imagination.

All you need to do is to run this code:

When you run this code, it will produce in the SAS LOG your secret number:

How is that possible without the magic of dividing by zero? Note that the %DIV_BY_0 macro has no knowledge of your dataset name, nor the variable name holding your secret number value to say nothing about your secret number itself.

That essentially proves that dividing by zero can practically solve any imaginary problem and make any wish or dream come true. Don’t you agree?

There is one limitation though. We had to make this sacrifice for the sake of numeric social justice. If you invoke the macro with the parameter of 0 value, it will return 0:0=1 – not your secret number - to make it consistent with the rest of non-zero numbers (no more exceptions!): “any number, except zero, divided by itself is 1”.

Can you crack this code and explain how it does it? I encourage you to check it out and make sure it works as intended. Please share your thoughts and emotions in the Comments section below.

This SAS code contains no cookies, no artificial sweeteners, no saturated fats, no psychotropic drugs, no illicit substances or other ingredients detrimental to your health and integrity, and no political or religious statements. It does not collect, distribute or sell your personal data, in full compliance with FERPA, HIPPA, GDPR and other privacy laws and regulations. It is provided “as is” without warranty and is free to use on any legal SAS installation. The whole purpose of this blog post and the accompanied SAS programming implementation is to entertain you while highlighting the power of SAS and human intelligence, and to fool around in the spirit of the date of this publication.

Dividing by zero with SAS was published on SAS Users.