Here's a simulation tip: When you simulate a fixed-effect generalized linear regression model, don't add a random normal error to the linear predictor. Only the response variable should be random. This tip applies to models that apply a link function to a linear predictor, including logistic regression, Poisson regression, and negative binomial regression.

Recall that a generalized linear model has three components:

Notice that only the response variable is randomly generated. In a previous article about simulating data from a logistic regression model, I showed that the following SAS DATA step statements can be used to simulate data for a logistic regression model. The statements model a binary response variable, Y, which depends linearly on two explanatory variables X1 and X2:

Notice that the randomness occurs only during the last step when you generate the response variable. Sometimes I see a simulation program in which the programmer adds a random term to the linear predictor, as follows:

Why is the second statement wrong? Because it has too much randomness. The model that generates the data includes a latent (unobserved) variable. The model you are trying to simulate is specified in a SAS regression procedure as MODEL Y = X1 X2, but the model for the latent-variable simulation (the second one) should be MODEL Y = X1 X2 X3, where X3 is the unobserved normally distributed variable.

I haven't figured out all the mathematical ramifications of (incorrectly) adding a random term to the linear predictor prior to applying the logistic transform, but I ran a simulation that shows that the latent-variable model leads to biased parameter estimates when you fit the simulated data.

You can download the SAS program that generates data from two models: from the correct model (the first simulation steps) and from the latent-variable model (the second simulation). I generated 100 samples (each containing 5057 observations), then used PROC LOGISTIC to generate the resulting 100 sets of parameter estimates by using the statement MODEL Y = X1 X2. The results are shown in the following scatter plot matrix. 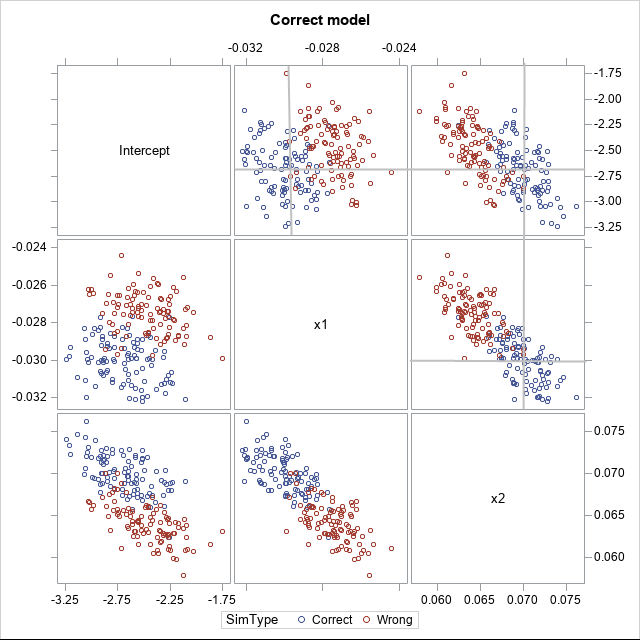 In contrast, the red markers show that the parameter estimates for the misspecified latent-variable model are biased. The simulated data does not come from the model that is being fit. This simulation used 0.8 for the standard deviation of the error term in the linear predictor. If you use a smaller value, the center of the red clouds will be closer to the true parameter values. If you use a larger value, the clouds will move farther apart. 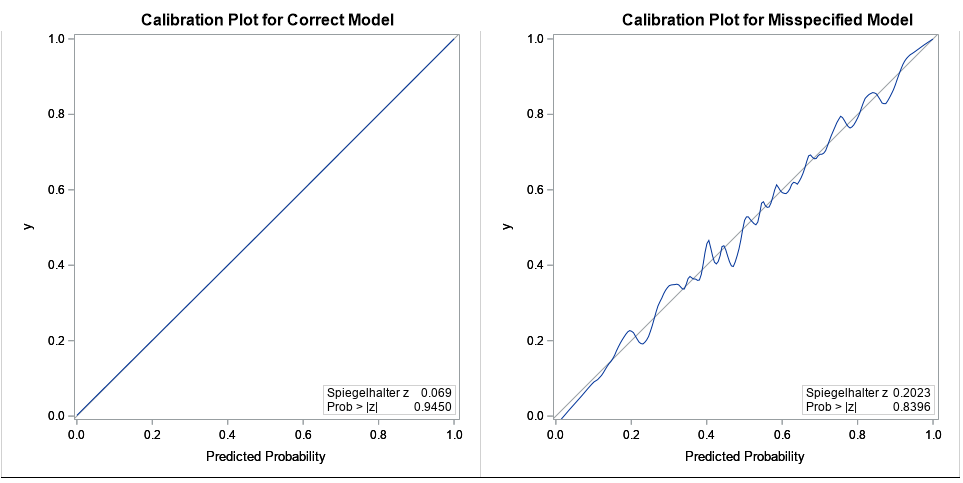 I'll leave you with a thought that is trivial but important: You can use the framework of the generalized linear model to simulate a linear regression model. For a linear model, the link function is the identity function and the response distribution is normal. That means that a linear model can be simulated by using the following:

Download the SAS program that generates the images in this article.

The post How to simulate data from a generalized linear model appeared first on The DO Loop.