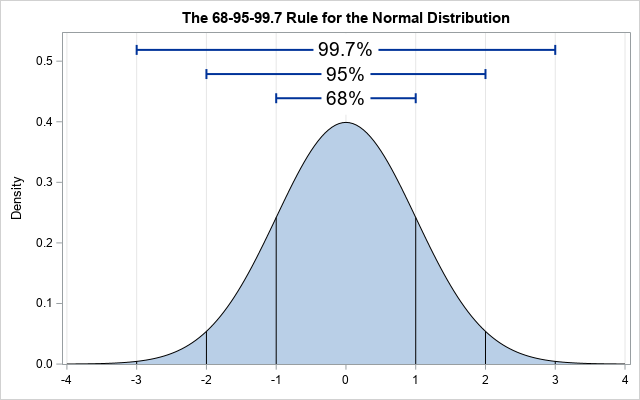 The third column of the table shows that the probability of seeing an observation whose value is greater than 4 increases with the size of the sample. In a sample of size 10,000, the probability is 0.27, which implies that about one out of every four samples of that size will contain a maximum value that exceeds 4.

The distribution of the maximum in a Gaussian sample: A simulation approach 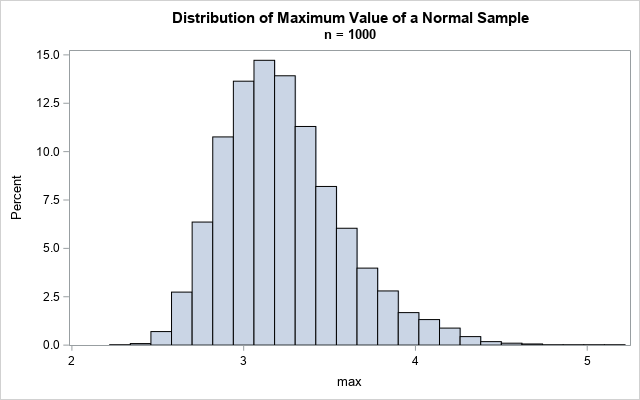 You can write the 5,000 maximum values from the simulation to a SAS data set and use PROC UNIVARIATE to estimate the MLE parameters for the Gumbel distribution, as follows: 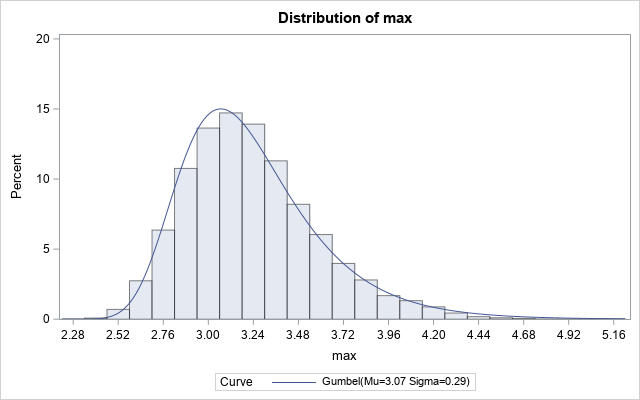 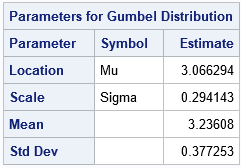 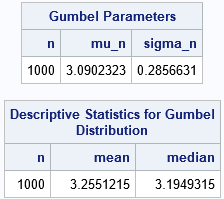 Notice that these parameters are very close to the MLE estimates from the simulated normal samples. The results tell you that the expected maximum in a standard normal sample is 3.26 and about 50% of samples will have a maximum value of 3.19 or less.

You can use these same formulas to find the expected and median values of the maximum in samples of other sizes: 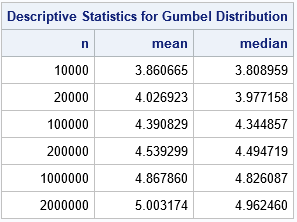 You can graph this data over a range of sample sizes. The following graph shows the expected value of the maximum value in a sample of size n (drawn from a standard normal distribution) for large values of n. 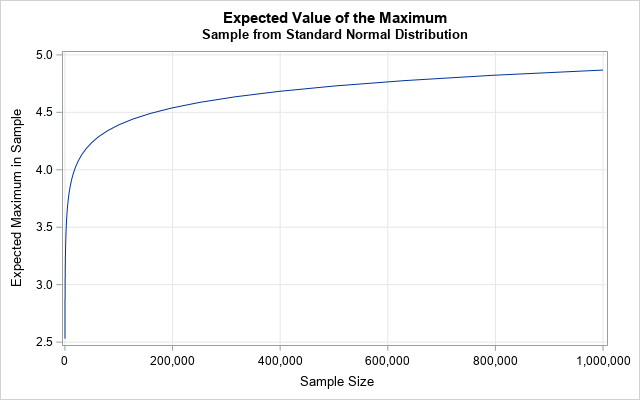 The post Extreme values: What is an extreme value for normally distributed data? appeared first on The DO Loop.