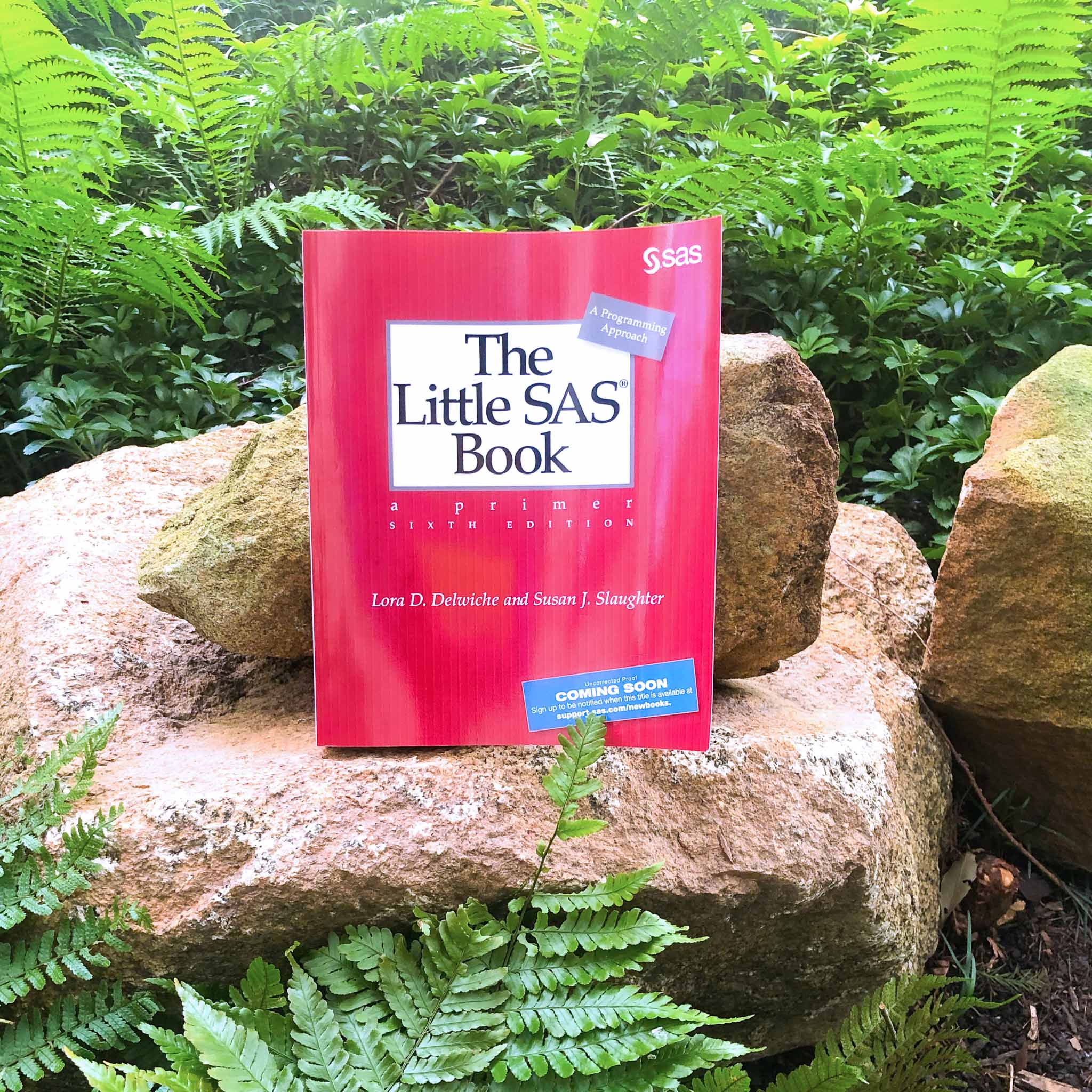 Thank you to Lora Delwiche and Susan Slaughter for providing the following information:

Six editions is a lot! If you had told us back when we wrote the first edition of The Little SAS Book that someday we would write a sixth, we would have wondered how we could possibly find that much to say. After all, it is supposed to be The Little SAS Book, isn’t it? But the developers at SAS are constantly hard at work inventing new and better ways of analyzing and visualizing data. And some of those ways turn out to be so fundamental that they belong even in a little book about SAS.

One of the biggest changes to SAS software in recent years is the proliferation of interfaces. SAS programmers have more choices than ever before. Previous editions contained some sections specific to the SAS windowing environment (also called Display Manager). We wrote this edition for all SAS programmers whether you use SAS Studio, SAS Enterprise Guide, the SAS windowing environment, or run in batch. That sounds easy, but it wasn’t. There are differences in how SAS behaves with different interfaces, and these differences can be very fundamental. In particular, the system option that sets the rules for names of variables varies depending on how you run SAS. So old sections had to be rewritten, and we added a whole new section showing how to use variable names containing blanks and special characters.

Previous editions already covered how to read and write Microsoft Excel files, but SAS developers have created new ways that are even better. This edition contains new sections about the XLSX LIBNAME engine and the ODS EXCEL destination.

From the very first edition, The Little SAS Book always covered PROC SQL. But it was in an appendix, and over time we noticed that most people ignore appendices. So for this edition, we removed the appendix and added new sections on using PROC SQL to:

For people who are new to SQL, these sections provide a good introduction; for people who already know SQL, they provide a model of how to leverage SQL in your SAS programs.

Updates and additions throughout the book

Almost every section in this edition has been changed in some way. We added new options, made sure everything is up-to-date, and ran every example in every SAS interface noting any differences. For example, PROC SGPLOT has some new options, the default ODS style for PDF has changed, and the LISTING destination behaves differently in different interfaces. Here’s a short list, in no particular order, of new or expanded topics in the sixth edition:

• More examples with permanent SAS data sets, CSV files, or tab-delimited files
• More log notes throughout the book showing what to look for
• LIKE or sounds-like (=*) operators in WHERE statements
• CROSSLIST, NOCUM, and NOPRINT options in PROC FREQ
• Grouping data with a user-defined format and the PUT function
• Iterative DO groups
• DO WHILE and DO UNTIL statements
• %DO statements

Even though we have added a lot to this edition, it is still a little book. In fact, this edition is shorter than the last—by 12 pages! We think this is the best edition yet. For a sneak preview check out the free book excerpt. You can also learn more about SAS Press, check out the up-and-coming titles, and to exclusive discounts -- make sure to subscribe to the newsletter.

The Little SAS Book 6.0: The best-selling SAS book gets even better was published on SAS Users.