Building on my last post, How to create checklist tables in SAS®, this one shows you how to compare SAS data

sets that include common and uncommon columns. You'll learn how to visualize side-by-side columns commonalities and differences in data tables.

As before, we're working with a comparison matrix (aka checklist table) where check-marks / x-marks indicate included / excluded columns.

Data tables will be comparable products while their columns (variables) will represent product features. We'll add background color to highlight which attributes are different in the common columns. Since there might be several different attributes for a given column, we will use a hierarchy type➜length➜label to indicate only the highest mismatched level of hierarchy. For example:

Let’s compare variable attributes in two data tables: one is SAS-supplied SASHELP.CARS, and another WORK.NEWCARS that I derive from the first one, slightly scrambling its column definitions:

In this NEWCARS data table, I did the following:

Here is a brief explanation of the code:

The above code will generate the following HTML output with the comparison matrix for variables in two data sets: 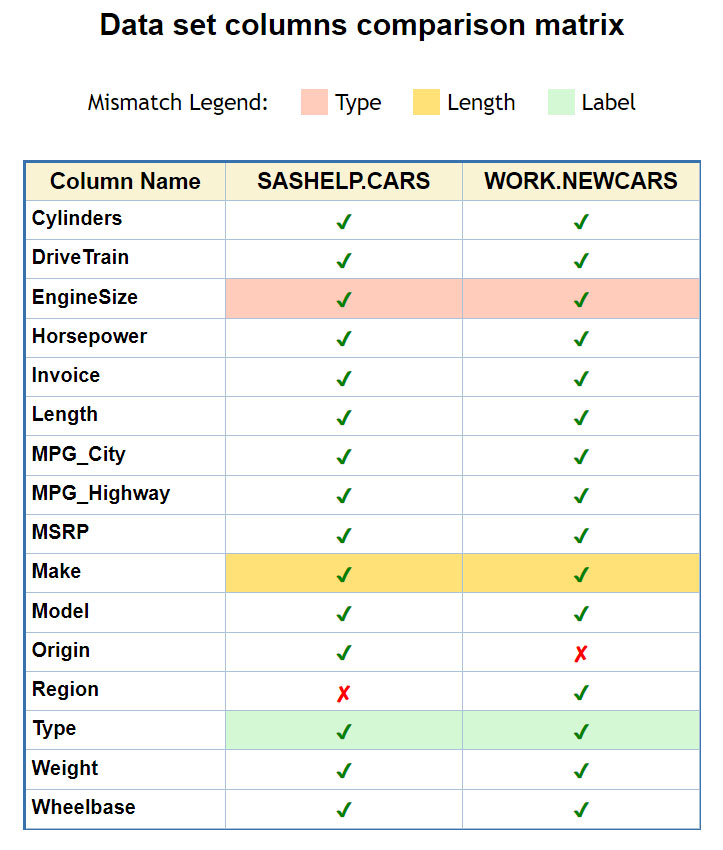 We can further enhance our output comparison matrix by adding detailed descriptive information about differences between variable attributes. For comprehensive view, we can add a COMMENTS column that spells out differences (attributes mismatches). In addition to the hierarchical logic defining only one mismatch of the highest degree indicated by color highlighting above, comments can include all found discrepancies. Simply add the following two pieces of SAS code:

1. Add the following group of statements to the above DATA Step (right after SELECT statement):

Depending on your needs this Comments can be added unconditionally – you would just need to remove IF-THEN logic keeping only:

2. Add the following statement to the above PROC PRINT (right before the FORMAT statement):

Then your HTML output will look as follows: 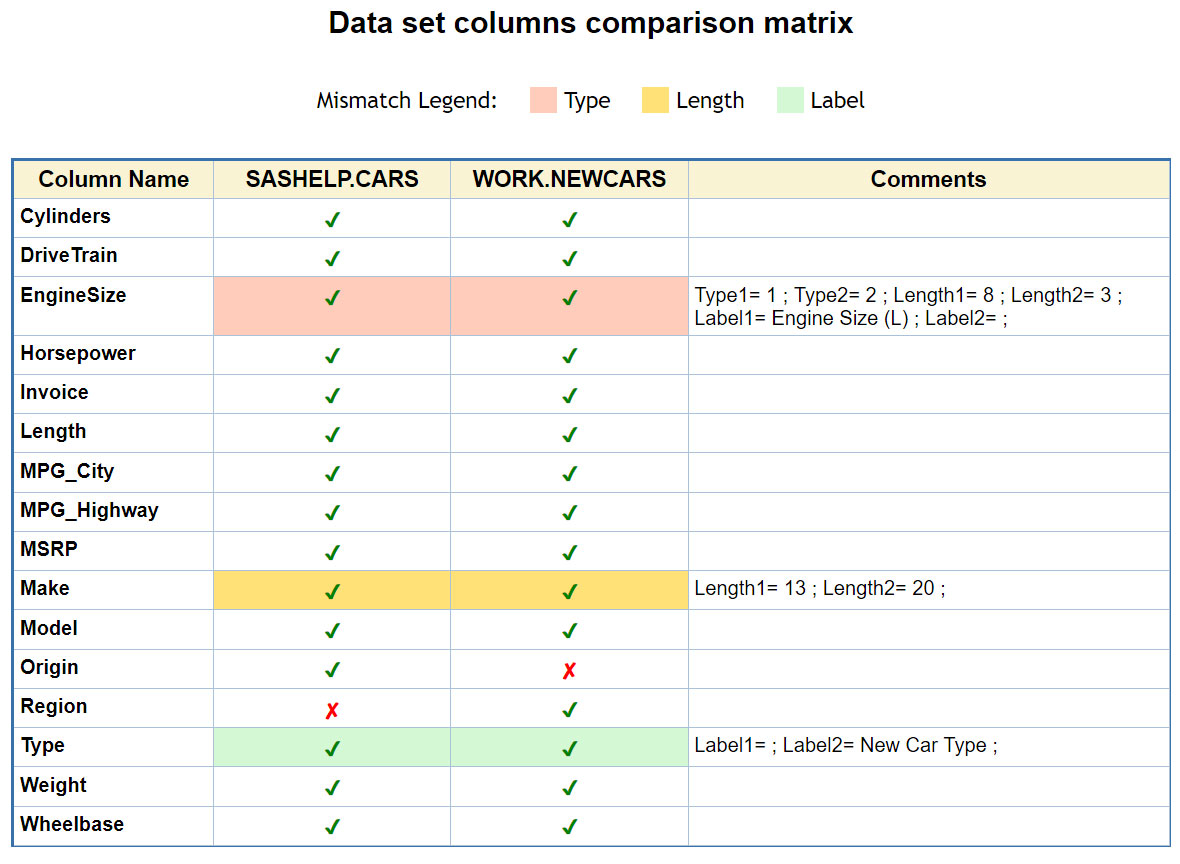 Comparison matrix charts are a convenient tool for data development and metadata validation when you're comparing a data table’s metadata against requirements descriptions.

It allows us to quickly identify tables’ common and uncommon variables, as well as common variable inconsistencies by type, length and other attributes, such as labels and formats.

We can easily add detailed descriptive information when needed.

On a related note

While this post focused on visualizing SAS data sets comparison vis-à-vis common and uncommon columns, it's worth noting SAS websites have plenty of info on finding common variables (or columns) in data sets. For example:

Do you find this material useful? What other usages of the checklist tables and color-enhanced comparison matrices can you suggest?

How to compare SAS data tables for common/uncommon columns was published on SAS Users.