A client recently asked if there's a programmatic way to reduce memory requirements of a CAS table. In this post, you'll learn how to accomplish that when your SASWORK data set has lengthy character data.

It is a common practice for SAS programmers to read a source table and then store that source table in SASWORK. When the SASWORK data set has long character data, you can significantly reduce memory requirements by creating a path-based CASLIB to SASWORK and leveraging PROC CASUTIL with the CASDATA= option and use the IMPORTOPTIONS VARCHARCONVERSION=16 statement. The VARCHARCONVERSION=16 statement automatically converts all character data types with length of 16 or greater to a VARCHAR data type.

Code in Figure 1 below creates a macro variable called WORKPATH which we will use in our CASLIB statement:

Code in Figure 3 below creates our SASWORK data set that we will lift into CAS:

Notice in Figure 4 below the lengths of the character variables a, b, and c: 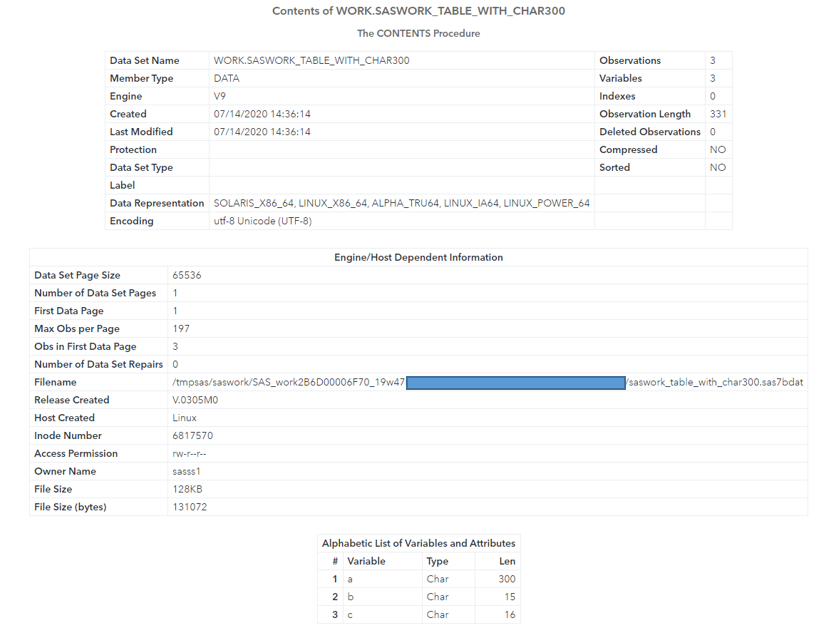 Code in Figure 5 below creates a path-based CASLIB to SASWORK by using our macro variable WORKPATH: 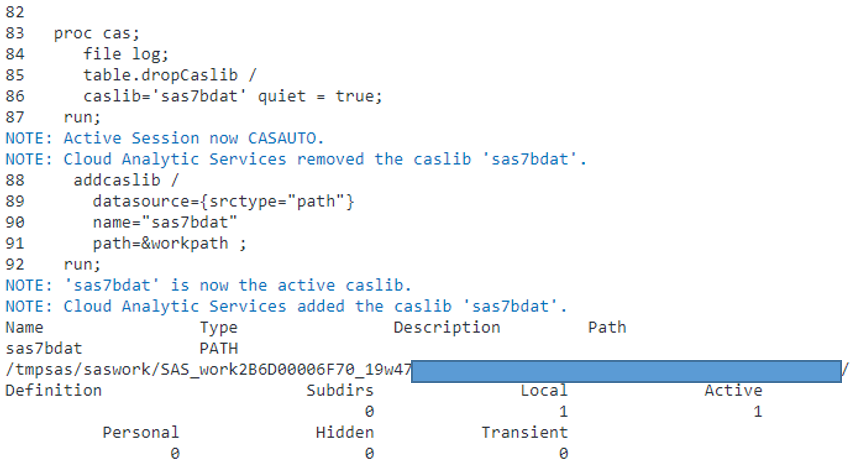 Code in Figure 7 below lifts the SASWORK data set into CAS and ensures the CAS table will contain VARCHAR data types for any character data with a length of 16 or greater:

(Figure 7: code that lifts the SASWORK data set into CAS)

(Figure 8: SAS log of code to lift the SASWORK data set into CAS)

Code in Figure 9 below displays the characteristics of our CAS table “cas_table_with_varchar”: Notice in Figure 10 that our variables a and c have a data type of VARCHAR.

(Figure 9: SAS code to display information of a CAS table)

By leveraging the coding techniques in this blog, we can lift into CAS any data sets we previously stored in SASWORK. In addition, we convert all character data types with a length of 16 or greater into the VARCHAR data type, which can significantly reduce the size of our CAS tables.

How to create a path-based CASLIB to SASWORK for speedier analysis with SAS® Viya® was published on SAS Users.