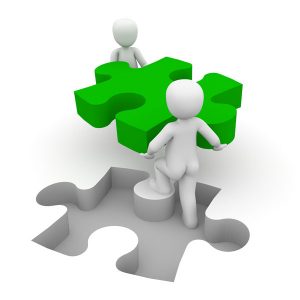 These two complementary tasks are commonly used for character data manipulation during data cleansing and preparation to transform data to a shape suitable for analysis, text mining, reporting, modeling and decision making.

As in the previous case of substring insertion, we will cover substring deletion for both, character variables and macro variables as both data objects are strings.

The following diagram illustrates what we are going to achieve by deleting a substring from a string: 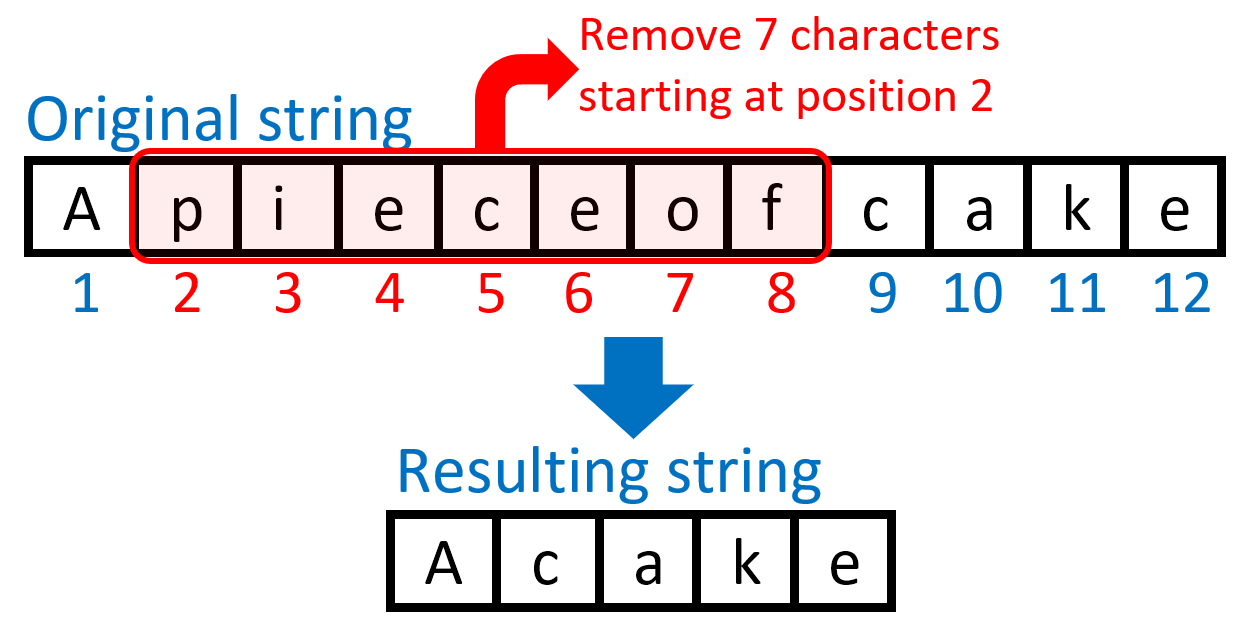 Have you noticed a logical paradox? We take away a “pieceof” cake and get the whole thing as result!

Deleting all instances of a substring from a character variable

Let’s suppose we have a variable STR whose values are sprinkled with some undesirable substring ‘<br>’ which we inherited from some HTML code where tag <br> denotes a line break. For our purposes, we want to remove all instances of those pesky <br>’s. First, let’s create a source data set imitating the described “contaminated” data:

The following code, however, cleans it up removing all those unwanted substrings ‘<br>’:

After this code runs, the data set WANT will look totally clean and usable:

Deleting all instances of a substring from a SAS macro variable

For macro variables, I can see two distinct methods of removing all occurrences of undesirable substring.

Here is a code example:

Deleting selected instance of a substring from a character variable

In many cases we need to remove not all substring instances form a string, but rather a specific occurrence of a substring. For example, in the following sentence (which is a quote by Albert Einstein) “I believe in intuitions and inspirations. I sometimes feel that I am right. I sometimes do not know that I am.” the second word “sometimes” was added by mistake. It needs to be removed. Here is a code example presenting two solutions of how such a deletion can be done:

The code will produce two correct identical values of this quote in the SAS log (notice, that the second instance of word “sometimes” is gone):

This is the most traditional solution that cuts out two pieces of the string – before and after the substring being deleted – and then concatenates them together thus removing that substring:

Deleting selected instance of a substring from a SAS macro variable

Here is a code example of how to solve the same problem as it relates to SAS macro variables. For brevity, we provide just one solution using %sysfunc and KUPDATE() function:

This should produce the following corrected Einstein’s quote in the SAS log:

"I believe in intuitions and inspirations. I sometimes feel that I am right. I do not know that I am."

Have you found this blog post useful? Please share your thoughts and feedback in the comments section below.

Deleting a substring from a SAS string was published on SAS Users.