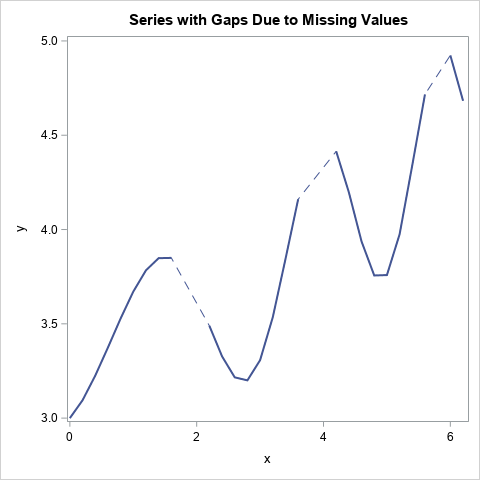 A SAS programmer asked an interesting question: If data in a time series has missing values, can you plot a dashed line to indicate that the response is missing at some times?

Plotting gaps in the data

An important thing to remember about the SG graphics procedures in SAS is that points and lines are displayed in the same order as the statements that you specify. So, if you use two SERIES statements, the first line is plotted "on the bottom," and the second statement is plotted "on top."

There might be times when you want to enhance the series plot by showing more information about the location of the nonmissing data. An easy way to do that is to use the MARKERS option to add markers to the graph. The markers are displayed only at locations for which both X and Y are nonmissing. A second way to visualize the locations of the nonmissing values is to add a fringe plot along the bottom of the line plot, as follows: 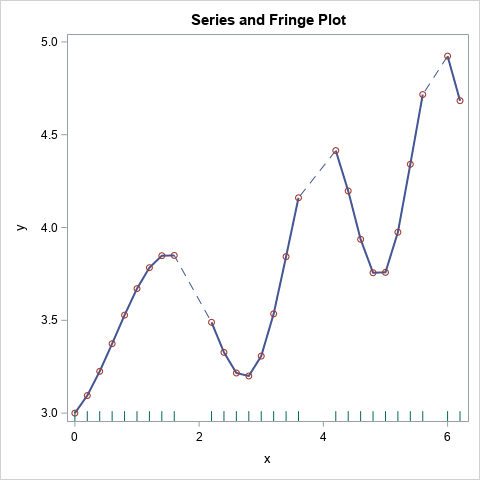 This graph makes it easier to see the nonmissing values and the locations of the gaps in the data.

The post A trick to plot a time series that has missing values appeared first on The DO Loop.