A SAS program can consist of a DATA step or a PROC step or any combination of DATA and PROC steps.

PROC (procedure) steps are pre-written routines that enable you to analyze and process the data in a SAS data set and to present the data in the form of a report. They sometimes create new SAS data sets that contain the results of the procedure. PROC steps can list, sort, and summarize data.

SAS statements are free-format. This means that

Blanks or special characters separate "words" in a SAS statement.

The beginning of a new step (DATA or PROC) implies the end of the previous step. Though the RUN statement is not always required between steps in a SAS program, using it can make the SAS program easier to read and debug, and it makes the SAS log easier to read.

Every SAS file is stored in a SAS library, which is a collection of SAS files. A SAS data library is the highest level of organization for information within SAS.

CMS: a group of SAS files that have the same file type.

z/OS (OS/390): a specially formatted host data set in which only SAS files are stored.

Depending on the library name that you use when you create a file, you can store SAS files temporarily or permanently.

Storing files temporarily:  If you don’t specify a library name when you create a file (or if you specify the library name Work), the file is stored in the temporary SAS data library. When you end the session, the temporary library and all of its files are deleted.

A SAS data set is a file that consists of two parts: a descriptor portion and a data portion.

The descriptor portion of a SAS data set contains information about the data set, including

The data portion of a SAS data set is a collection of data values that are arranged in a rectangular table.

Rows (called observations) in the data set are collections of data values that usually relate to a single object.

Columns (called variables) in the data set are collections of values that describe a particular characteristic.

Type: A variable’s type is either character or numeric.

A variable’s type determines how missing values for a variable are displayed. In the following data set, Name and Sex are character variables, and Age and Weight are numeric variables.

Length: A variable’s length (the number of bytes used to store it) is related to its type.

Format: Formats are variable attributes that affect the way data values are written. SAS software offers a variety of character, numeric, and date and time formats. You can also create and store your own formats. To write values out using some particular form, you select the appropriate format.

Informat: Whereas formats write values out using some particular form, informats read data values in certain forms into standard SAS values. Informats determine how data values are read into a SAS data set. You must use informats to read numeric values that contain letters or other special characters.

For example, the numeric value $12,345.00 contains two special characters, a dollar sign ($) and a comma (,). You can use an informat to read the value while removing the dollar sign and comma, and then store the resulting value as a standard numeric value.

Label: A variable can have a label, which consists of descriptive text up to 256 characters long. 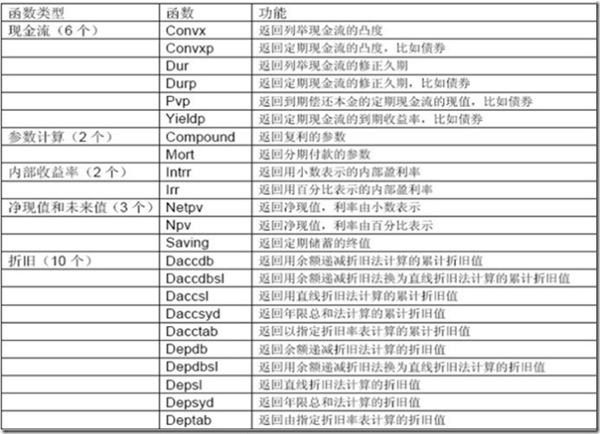 是已经够了。不过在国内，还偶尔能看到Paul的另一本Derivatives: the Theory and Practice of Financial Engineering（1998，768页），或者一册更薄的，The Mathematics of Financial Derivatives: A Student Introduction（1995，330页），这本小书又是他的Option Pricing: mathematical Methods and Computation（1994，457页）的缩写。